No products in the cart.

PLUS BONUS – FREE Sport Sunstick on orders of $75+!

Oxybenzone is public enemy number one. Out of the many harmful sunscreen ingredients found in over-the-counter sunscreens, oxybenzone deserves a special call out for its particularly horrible damage on coral reefs. Think of it as the micro plastic of chemicals.

Oxybenzone — also called benzophenone-3 and sometimes Milestab 9, Eusolex 4360, Escalol 567, or KAHSCREEN BZ-3 — is a chemical compound that is the active ingredient in most over-the-counter sunscreens and other personal care and skincare products. It’s a UV-ray blocker that is highly effective in slowing the absorption of harmful UVA and UVB rays by human skin. 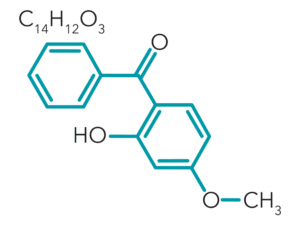 It was approved for use in the United States by the Food and Drug Administration (FDA) in the early 1980s, and commonly appears in sunblock products alongside octinoxate, avobenzone, and homosalate, three companion chemicals in our list of the “Awful Eight.”

How does Oxybenzone harm coral?

In about a million different ways. First off, Oxybenzone contributes to coral bleaching because it is “a skeletal endocrine disruptor”.  Several studies have shown that oxybenzone also damages the DNA of young coral reefs and disrupts their normal growth and development. This inhibits their ability to reproduce healthily and causes physical deformities that make them even more susceptible to coral bleaching — and even death. Oxybenzone- and other chemical-based sunscreens have been found to cause viral infection and starvation in corals.

As a result, Hawaii has banned sunscreen containing oxybenzone and octinoxate, a move that was then followed by the Pacific Island nation of Palau. Since then, other places like Aruba and the city of Key West, FL have followed suit.

How does it reach the ocean?

You, baby – Y-O-U. And you don’t even realize it. Oxybenzone can directly enter the ocean when vacationers, swimmers, surfers, and the like use a toxic sunscreen on their body and get in the water. Oxybenzone can also enter our oceans through less direct paths. After being applied topically, oxybenzone is absorbed through the skin and excreted through urine, which flows into wastewater systems that eventually reach the ocean. The same happens for any oxybenzone that washes off skin as residue in a bath or shower. Whether you’re beachside in Bora Bora or landlocked in Lincoln, if you put oxybenzone on your body it’s going to come off and end up floating around in the Great Blue, one way or another.

Is Oxybenzone harmful to humans?

You bet your bottom sand dollar it is! Oxybenzone is equally as harmful to humans as coral reefs. According to the Center for Disease Control (CDC), 97 percent of  Americans have this chemical circulating in their bodies.

Oxybenzone is a cornucopia of nasty side effects. It’s  considered a hazardous eye irritant and, as an allergen, is also known to cause skin allergies. As a hormone disruptor to coral, it also causes hormone disruption in humans, affecting estrogen production particularly in women and testosterone production in men. At least one study showed oxybenzone exposure lead to lower testosterone levels in adolescent boys, as well as thyroid problems in both men and women.

If that’s not scary enough, there’s mounting concern that oxybenzone causes skin cancer, according to research groups such as the Environmental Working Group (EWG) and other leading toxicology experts. A team of researchers at the State University of New York and the National Institutes of Health found a link between a concentration of benzophenones (the categorization to which oxybenzone belongs) and poorer reproductive success in men. The same study found that oxybenzone exposure increased women’s risk of other reproductive diseases, like endometriosis.

Wow. I’m staying far away from Oxybenzone. What sunscreen should I use instead?

We’re glad you asked. Thankfully, there are plenty of effective, non-toxic alternatives that don’t contain oxybenzone and other toxic chemicals. Look for mineral-based sunblock products that contain non-nano zinc oxide, non-nano titanium dioxide, or both as their main ingredient.

Of course, that’s what we do best. All of our All Good mineral-based, verified reef-friendly sunscreen products give broad spectrum protection against both UVA and UVB radiation at strengths of SPF15, SPF20, SPF30, and SPF50. We are best known for our zinc-based creations, which come in a variety of formats, including lip balm, butter, lotion, and sprays. And, you guessed it – they’re all Reef Friendly.

What’s good for the reefs is good for the gander. Join us in pledging to take care of yourself and the environment by buying reef-friendly sunscreen lotion and cosmetic products, like the ones here at All Good Products. Sign up for our reef friendly newsletter and be the first to know about advancements in the reef friendly movement. Spread the word: No more oxybenzone!

We use cookies on our website to give you the most relevant experience by remembering your preferences and repeat visits. By clicking “Accept”, you consent to the use of ALL the cookies.
Do not sell my personal information.
Cookie SettingsAccept
Manage consent

This website uses cookies to improve your experience while you navigate through the website. Out of these, the cookies that are categorized as necessary are stored on your browser as they are essential for the working of basic functionalities of the website. We also use third-party cookies that help us analyze and understand how you use this website. These cookies will be stored in your browser only with your consent. You also have the option to opt-out of these cookies. But opting out of some of these cookies may affect your browsing experience.
Necessary Always Enabled
Necessary cookies are absolutely essential for the website to function properly. These cookies ensure basic functionalities and security features of the website, anonymously.
Functional
Functional cookies help to perform certain functionalities like sharing the content of the website on social media platforms, collect feedbacks, and other third-party features.
Performance
Performance cookies are used to understand and analyze the key performance indexes of the website which helps in delivering a better user experience for the visitors.
Analytics
Analytical cookies are used to understand how visitors interact with the website. These cookies help provide information on metrics the number of visitors, bounce rate, traffic source, etc.
Advertisement
Advertisement cookies are used to provide visitors with relevant ads and marketing campaigns. These cookies track visitors across websites and collect information to provide customized ads.
Others
Other uncategorized cookies are those that are being analyzed and have not been classified into a category as yet.
SAVE & ACCEPT